Protect Hassan Diab from further injustice. Say NO to any future request for Hassan's extradition! 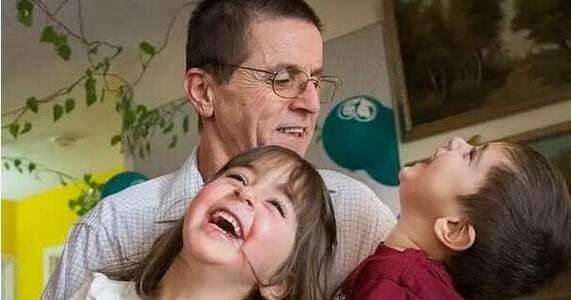 We call on Prime Minister Justin Trudeau and the Canadian government to protect Dr. Hassan Diab from unjust prosecution and an unfair trial in France for a crime he did not commit.

In 2014, Hassan was wrongfully extradited from Canada to France. After spending more than three years in a French prison, French investigative judges found strong evidence that he was not in France at the time of the 1980 crime. He was released in 2018 and cleared of all allegations.

In a politically motivated appeal by French prosecutors, and despite no evidence against him, Hassan was ordered to stand trial in France; the date of the trial has been set for April 2023. This shocking disregard for facts raises fears that a show trial will lead to a wrongful conviction based on unreliable material and unsourced intelligence.

Thus, Dr. Diab's nightmare is not over. He and his family continue to suffer injustice and uncertainty after more than 14 years fighting unfounded allegations. The threat of a second extradition to France and an unfair trial hangs over their lives.

Following the return of Dr. Diab to Canada in 2018, PM Trudeau said: “I think for Hassan Diab we have to recognise first of all that what happened to him never should have happened […] and make sure it never happens again.”

Mr. Trudeau must honor his own words and protect Hassan. The unfair political trial of an innocent Canadian citizen cannot be tolerated. PM Trudeau and the Canadian government must:
(a) Put an end to this continuing miscarriage of justice, and
(b) Refuse any future request for Hassan Diab’s extradition.

Dr. Hassan Diab is a Canadian citizen and university professor, who until 2008 was living a productive and peaceful life in Ottawa, Canada. In 2008, he was arrested by the Royal Canadian Mounted Police (RCMP) at the request of France for alleged involvement in a bombing outside a Paris synagogue on 3 October 1980, which killed four people and wounded more than 40. Hassan has always denied any involvement in the crime, pointing out that this is a case of mistaken identity, and that he was a student in Lebanon at the time writing his exams.

After being held for almost five months in the Ottawa-Carleton Detention Centre, Hassan was released under onerous bail conditions, including virtual house arrest, and an electronic monitoring device for which he was required to pay $2,000 per month.

There is a complete lack of forensic evidence to support the case. The suspect had left finger and palm prints behind, none of which matched Hassan’s. Witness descriptions were also riddled with contradictions.

Moreover, the case against Hassan relies on secret, unsourced intelligence that may be the product of torture. The intelligence was withdrawn from the extradition hearing in Canada in recognition of its extremely problematic nature. However, the intelligence remains in the French dossier. Human Rights Watch has documented the use of secret intelligence and unfair trials under France’s anti-terrorism laws.

In committing Hassan to extradition, the Canadian extradition judge, Justice Robert Maranger, noted that the handwriting evidence (which was heavily criticized by the international handwriting experts) — and only this evidence — is grounds for committal. The judge described the handwriting evidence as “convoluted”, “very confusing”, and “with conclusions that are suspect”, but stated that Canada’s extradition law left him no choice but to commit Hassan. In his committal decision on 6 July 2011, Justice Maranger, wrote:

o “the evidence that tips the scale in favor of committal is the handwriting comparison evidence.” (para. 189)
o “the case presented by the Republic of France against Mr. Diab is a weak case; the prospects of conviction in the context of a fair trial, seem unlikely.” (para. 191)
o “It is presupposed, based on our treaty with France, that they will conduct a fair trial, and that justice will be done.” (para. 195)

Hassan's search for justice continued for three more years, including appeals in the Canadian court system. After the Supreme Court of Canada declined to hear his final appeal, he was swiftly extradited to France in November 2014. He was not given the opportunity to say goodbye to his wife (who was expecting their second child) and his 2-year old daughter.

Hassan was incarcerated in the Fleury-Mérogis maximum security prison on the outskirts of Paris. He spent the next 38 months there, in near solitary confinement. (International standards have determined that solitary confinement beyond 15 days constitutes cruel treatment and quite likely amounts to torture.)

Contrary to standard principles of extradition, no formal charges were laid by the French authorities prior to Hassan’s extradition. While he was in prison in France, the French investigative judges (“juges d'instruction”), Jean-Marc Herbaut and Richard Foltzer, continued the investigation of the decades-long case. On eight occasions the investigative judges ordered Dr. Diab's release on bail. Eight times the state prosecutor (“procureur”) was successful in blocking his release.

Finally, in January 2018, the two investigative judges, having completed their investigation which included travel to Lebanon to interview witnesses, concluded that there were no grounds for pursuing a trial and ordered that Dr. Diab be immediately released. Two days later, Dr. Diab returned to Ottawa and rejoined his family, including his 3-year old son who was born soon after his extradition.

Meanwhile, the French prosecutors, urged on by political pressure and the victims’ lobby, appealed against the dismissal order (“ordonnance de non-lieu”) of the investigative judges. The French Court of Appeal ordered a new handwriting analysis which determined that the previous handwriting analysis, which was accepted by Justice Maranger, was inconclusive, used the wrong methodology, and was completely unreliable. The analysts indicated that they were in full agreement with Dr. Diab's international handwriting experts. In spite of this and in a decision that shocks the conscience, the French judiciary set an April 2023 date for the trial of Hassan, more than five years after he was cleared of all accusations and freed without conditions by the French investigative judges.

If Hassan goes on trial in France, Hassan would be tried on unreliable and flawed evidence that he is not allowed to effectively challenge. The discredited handwriting analysis reports and unsourced intelligence remain in the dossier. Evidence introduced by his lawyers would not receive fair consideration because expert witnesses for the defence are viewed with suspicion by the court.

Hassan Diab is facing an unfair trial, a wrongful conviction, and yet another extradition. We urge the Canadian government to take all necessary steps to save him from any further miscarriage of justice.