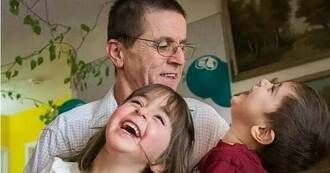 The Hassan Diab Support Committee (HDSC) is a human rights and advocacy group that was founded in 2008. The group works to defend Dr. Hassan Diab, a Canadian citizen and sociology professor who lives in Ottawa, from unjust prosecution and unfair extradition.

Hassan Diab is falsely accused of involvement in a bombing outside a Paris synagogue in October 1980. In 2008, Hassan was arrested by the RCMP at the request of France and, after extradition proceedings, was extradited to France in 2014. Hassan was incarcerated in a prison near Paris for over 3 years, while the French continued their investigation. In January 2018, Hassan was fully exonerated and returned unconditionally to Canada after two French investigative judges determined that there was no evidence linking him to the bombing. However, French prosecutors, urged on by political pressure and the victims’ lobby, appealed Hassan’s release and he has been ordered to face trial in France in April 2023 despite a wealth of evidence exonerating him. Hassan now faces the danger of a wrongful conviction and a second extradition for a crime he did not commit.

The Hassan Diab Support Committee continues to educate the public about the fundamental unfairness of Canada’s extradition law, seeks to reform this law, and works to protect Hassan Diab from further unjust prosecution and a second extradition. To learn more, visit http://www.justiceforhassandiab.org.