We reject the Joint Review Panel's recommendation! No Enbridge! 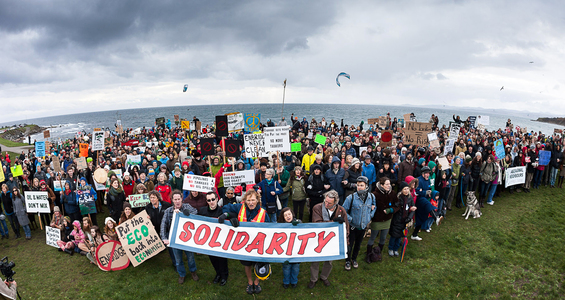 I reject the Joint Review Panel recommendation that the Enbridge Northern Gateway Pipeline be approved. I call on the B.C. and Federal governments to say no to this reckless project once and for all.

BREAKING: The National Energy Board Joint Review Panel just recommended the approval of Enbridge’s Northern Gateway Pipeline. The final decision now rests with the federal government, but the majority of British Columbians oppose this pipeline and First Nations have rejected the pipeline outright, banning Enbridge from their lands. Let’s say NO to Enbridge once and for all. We need a clean energy economy that’s built to last, not risky boom-and-bust projects like Enbridge that threaten our communities and coast with tankers and heavy tar-oil spills.