To: The Government of Canada 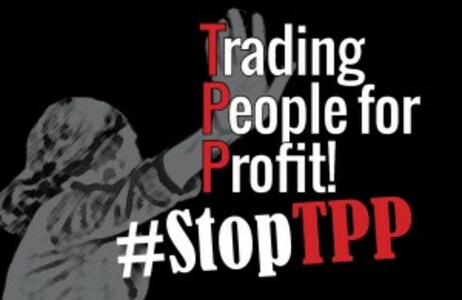 We the undersigned submit this petition for the following reasons:

The origins of the TPP are in the document " America’s Pacific Century" authored by then US Secretary of State Hillary Clinton in 2011. It is a manifesto for the US domination of the Pacific both militarily and economically. It is intended to isolate China militarily and diminish its economic presence in the region. To this end 60% of the US Navy is being re-assigned to the Pacific and the TPP was originated to isolate China economically. Given these origins the primary goal of the TPP is empire building and little to do with so called free trade.

The TTP claims to be a partnership which it is not. The US is overwhelmingly dominate as the world’s largest economy. The other signatories to the agreement are much smaller and can only be considered satellite economies. The major benefits of such an imbalanced “partnership” will accrue to the dominate nation at the expense of the lesser partners.

The Government of Canada has just signed on to the agreement after a less than acceptable and perfunctory review of the TPP. We feel there should be a much more thorough review of the social and economic impact of the TPP and other such agreements, including NAFTA.

While the Government of Canada has promised a full Parliamentary review before ratification in two years time this is not sufficient as it is subject to the impulses of Parliament and partisanship.

Given that these agreements are in fact constitutional in nature with potentially profound impacts on the country socially and economically it must go to a national referendum- much like the referendum on the Charlottetown Accord of 1992. If such agreements are to be ratified they must be the clear and unequivocal choice of the majority of Canadians.

Given the propensity for various governments to pass such massive legislation with less than adequate scrutiny and in a preemptory manner we feel that henceforth all such agreements must be submitted to a national referendum for public ratification. This must become a statute in Canadian law.

KNOW MORE ABOUT THE TPP, SCROLL DOWN TO "UPDATES"

Important Notes:
THE DEADLINE FOR SIGNING THIS PETITION IS SEPTEMBER 31st, 2016

This petition will also act as resource center where I will be posting more information on the TPP and our campaign. Keep in Touch.

The September 31st, 2016 deadline was set to allow the government time to organize the requested cross country public hearings.

This petition will be delivered to the Government of Canada soon after the closing date by a delegation and with press coverage.

The CCPA(Canadian Center for Policy Alternatives) is doing a series of studies on the TPP which are well worth reading. See these at: https://www.policyalternatives.ca/

My open letter to Trade Minister Chrystia Freeland is Here:

Michael Geist is a leading expert on the TPP. This is a long and demanding video but also time very well spent.
https://www.youtube.com/watch?v=VTrS1GeADQU

This is an article I have just written on why defeat of the TTP is of critical importance:

Neoliberalism as a water balloon- the best explanation ever:

How ISDS picks your pocket: