Honour your pledge, un-appoint Norm Sterling as head of the Greenbelt Council 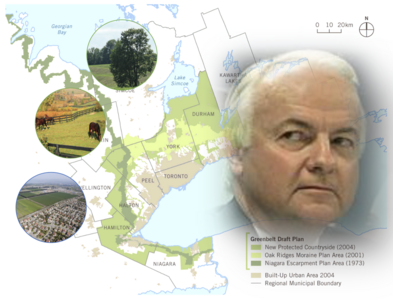 Your appointment of Norm Sterling as Greenbelt Council Chair demonstrates to the people how disingenuous your promise was. Mr. Sterling voted against the formation of the Greenbelt and was Environment Minister overseeing the budget cutbacks to water inspection implicated in the Walkerton Crisis under Mike Harris. There could not be a less sincere guardian of public trust with respect to environmental protection.

When David Crombie resigned to protest the gutting of the Council's authority, we hoped you would pause to reconsider your over-reach. Sterling's appointment makes transparent your intention to issue development permits and bulldoze an ill-conceived highway over this valued farmland and sensitive habitat, despite the objection not only of community leaders and residents directly impacted but also biologists, planners, and political observers across the country who recognize this to be contrary to respectful governance.

We, the people of Ontario you promised to listen to, reject your appointment of Norm Sterling to head the Greenbelt Council. Please remove him immediately and select a more suitable appointee who understands the importance of the Greenbelt and will meet with public-stakeholder approval.

The Greenbelt provides Ontarians with a massive water and air filter, a sustainable food supply, and generates $9 Billion in jobs annually. The establishment of the Greenbelt is the primary reason why Ontario was able to meet its commitment to GHG emission reduction; forest ecosystems of the Greenbelt sequester 137,000 tonnes of carbon annually.

The Greenbelt is also plays a vital role in restraining the type of urban sprawl that is motivated by developer greed rather than the municipal need.

Undermining its well-established role now will only set back future generations and handcuff government from responding responsibly to our climate change goals.