Costa Rica said "no" to this Canadian mining company 3 times. Let's make sure it listens this time. 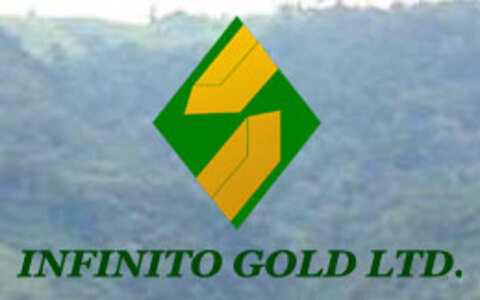 Right now, Calgary-based Infinito Gold is suing the Costa Rican government for over $1 billion because Costa Rica rejected Infinito’s plan to build an open-pit gold mine in a pristine tropical forest.

Over 75 per cent of Costa Ricans are against the proposed mine, and in 2011, Costa Rica banned all open-pit metal mining in the country.[1,2] Instead of respecting Costa Rica's democratic decision to reject this project, Infinito is using lawsuits and intimidation to get its way. It already tried to get a judge dismissed who might not be favourable to the project, and sued two Costa Rican university professors for critical comments about the project.[5] Now Infinito is trying to sue Costa Rica in secret courts.[3]

Infinito Gold doesn’t care what Costa Ricans think, but with its shareholder meeting just weeks away, we have a key opportunity now to force management to come clean about its shameful bullying to the company’s shareholders - a massive dose of public pressure will force Infinito to drop its lawsuit for good.

CEO John Morgan expected the mine would be fully operational by 2009, but on three separate occasions, the Supreme Court of Costa Rica has firmly said “no” to Infinito, denying permission to proceed with its project.[3,6] But instead of accepting the law and respecting the popular will of Costa Ricans, Infinito’s lawyers are seeking over $1-billion from Costa Rica through investor-state arbitration under the Canada-Costa Rica Bilateral Investment Treaty.

Infinito has caused $10 million in damages to 300 hectares of pristine rainforest because it proceeded to clear-cut forests to build its mine without proper authorization. Costa Ricans want reparations from Infinito for unlawful environmental damages.[4]

Infinito is a bully, plain and simple. And the behavior of Canadian companies abroad reflects on us.

Costa Ricans are protesting a Canadian company for failing to respect them, their efforts at environmental protection and their courts. That’s why we are calling on Canadians to come together, ahead of Infinito’s shareholder meeting, to tell this Canadian company to do the right thing and back down.

Sign our petition now demanding Infinito Gold respect the will of the vast majority of Costa Ricans, stop its legal intimidation of the people and government of Costa Rica, abide by consecutive Supreme Court rulings against the Crucitas mine and immediately drop its lawsuit.

Over 100,000 members of the Leadnow.ca community have already come together to oppose the Canada-China FIPPA deal, which would allow China's companies to sue our government, just like Infinito is now suing Costa Rica. We are capable of amazing things when we come together. Join us in telling Infinito to drop its outrageous suit now.